A Day in Scrubs

We Love Our Moms!

As you (hopefully) know by now, this Sunday is Mother’s Day!  Even though we think every day should be Mother’s Day, this is the official day that mom has to kick her feet up and be appreciated.   Do you know how the holiday originated?

West Virginia became the first state to officially recognize Mother’s Day in 1912, thanks to the persistent petitioning done by Anna Jarvis, who led a state-wide women’s group.  President Woodrow Wilson then approved it for national observance in 1914, designating its celebration on the second Sunday in May.   In the 1920’s and 30’s the holiday started gaining momentum and was most popularized by florists pushing white carnations as the best way to honor mom.  Anna Jarvis was furious at the commercialization of Mother’s Day and spent the rest of her life petitioning and protesting against the growing trend. 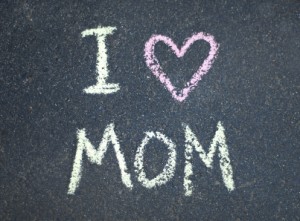 We asked a few of our UA team members something special they learned from their mom or a favorite  memory, here are a few of the highlights:

Tell us!  What is your favorite way to spend Mother’s Day?  A fun family outing? Helping her out around the house? Breakfast in bed?  If she’s a “medical mom” offer to wash and iron her scrubs for her!

There was an error retrieving images from Instagram. An attempt will be remade in a few minutes.